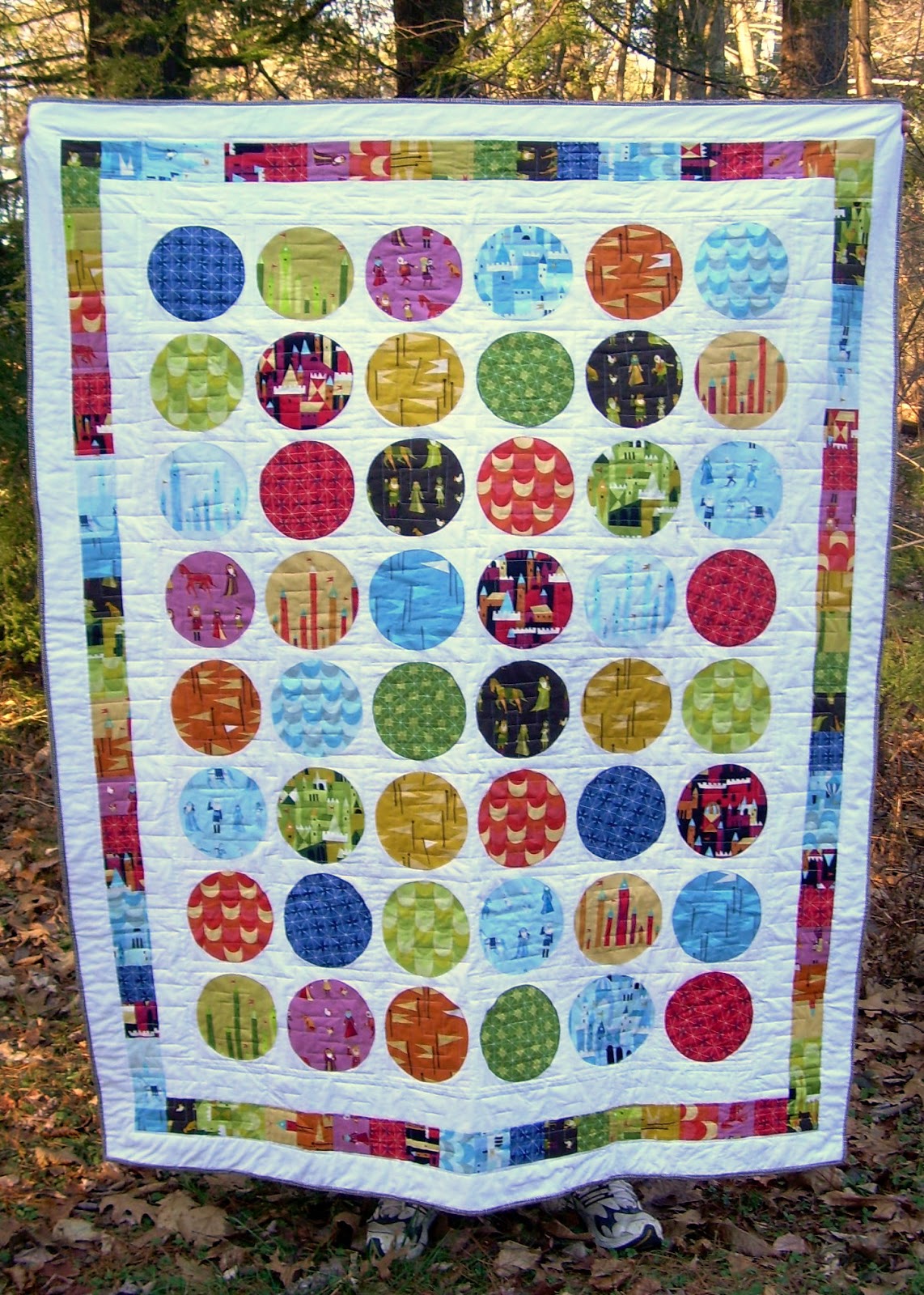 ...Circle Peeps have arrived!  After an exceedingly long work in progress and with some lifesaving suggestions from the BMQG meeting, Circle Peeps has been quilted and bound and is ready to...well, I'm not sure.  It will stay in our house for now anyways, but I'm not married to the idea of keeping it. 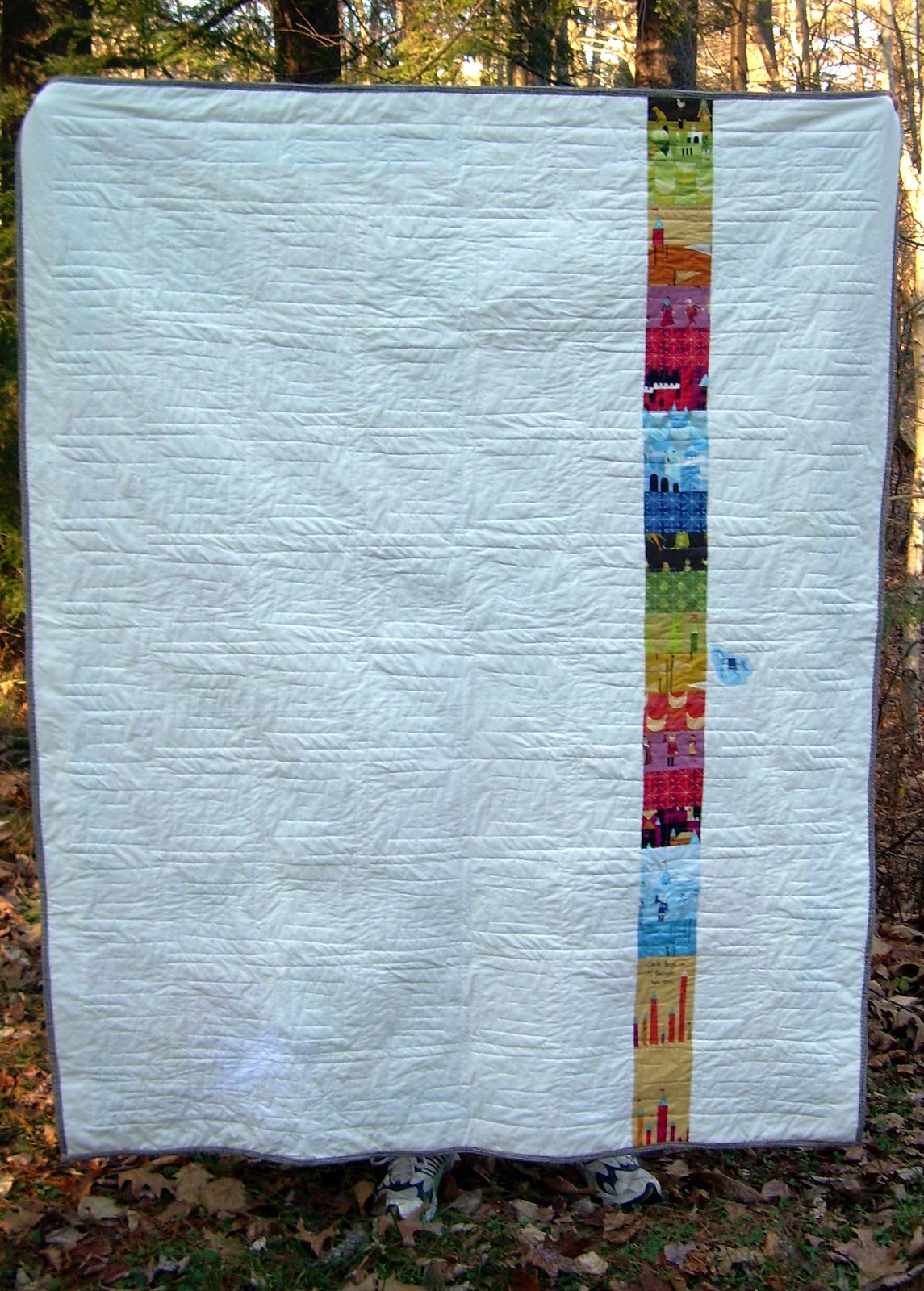 I had just enough of the rainbow strips to make a panel for the back, and added in a little knight's horse just for an extra touch of whimsy. 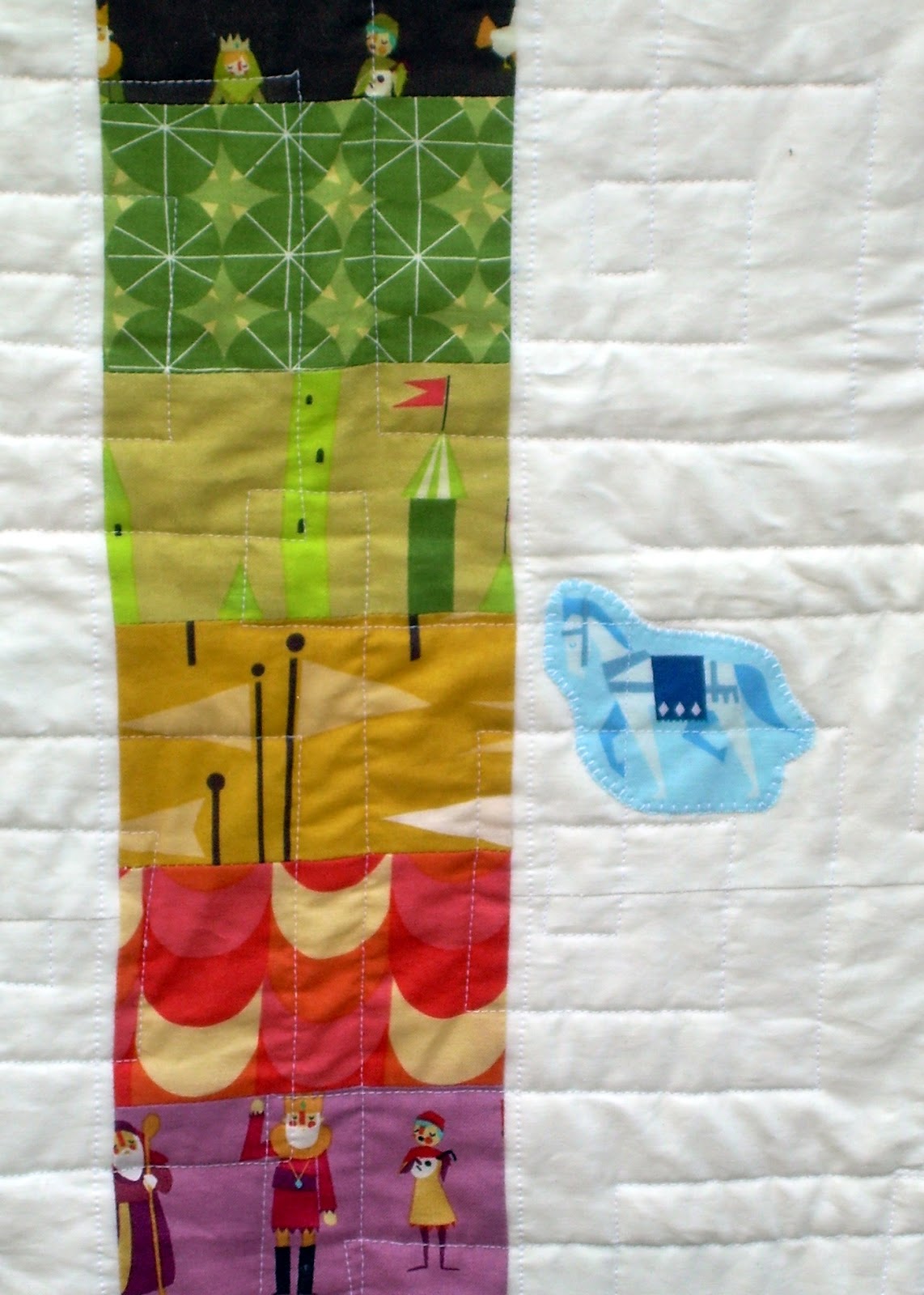 I really struggled with the quilting of this - not because it was difficult but because I love doing Angela Walter's chain squares pattern but still have not forced my machine into free-motion quilting submission.  Which meant that at every corner of every square, I was rotating this quilt through the tiny throat of my machine.  That's a lot of twisting and rotating! 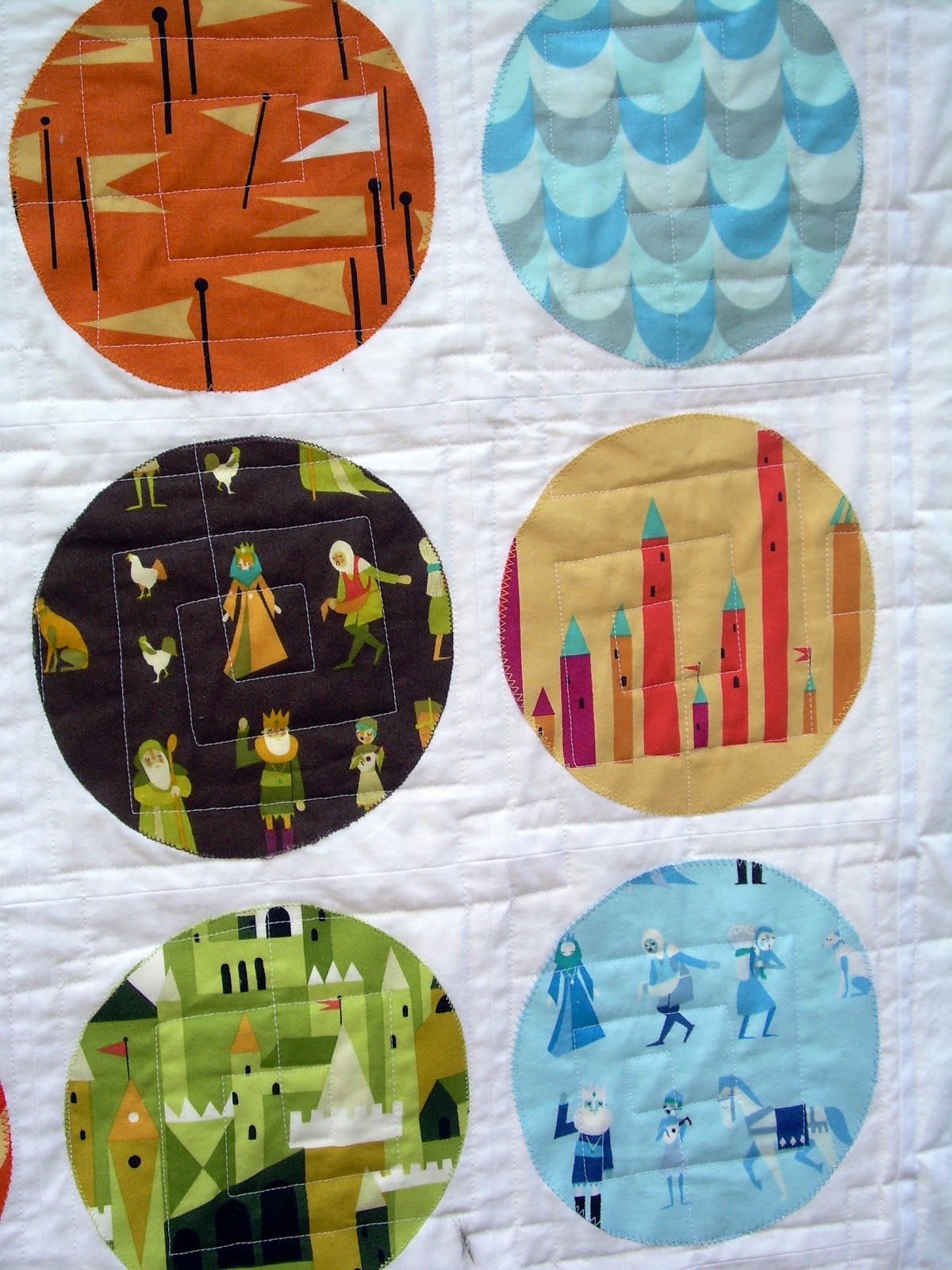 It probably took the better part of a week of quilting a half-hour here and there and it was making me a little...resentful...toward the quilt in general.  But once the quilting was done and the binding was in progress, I started loving it again. 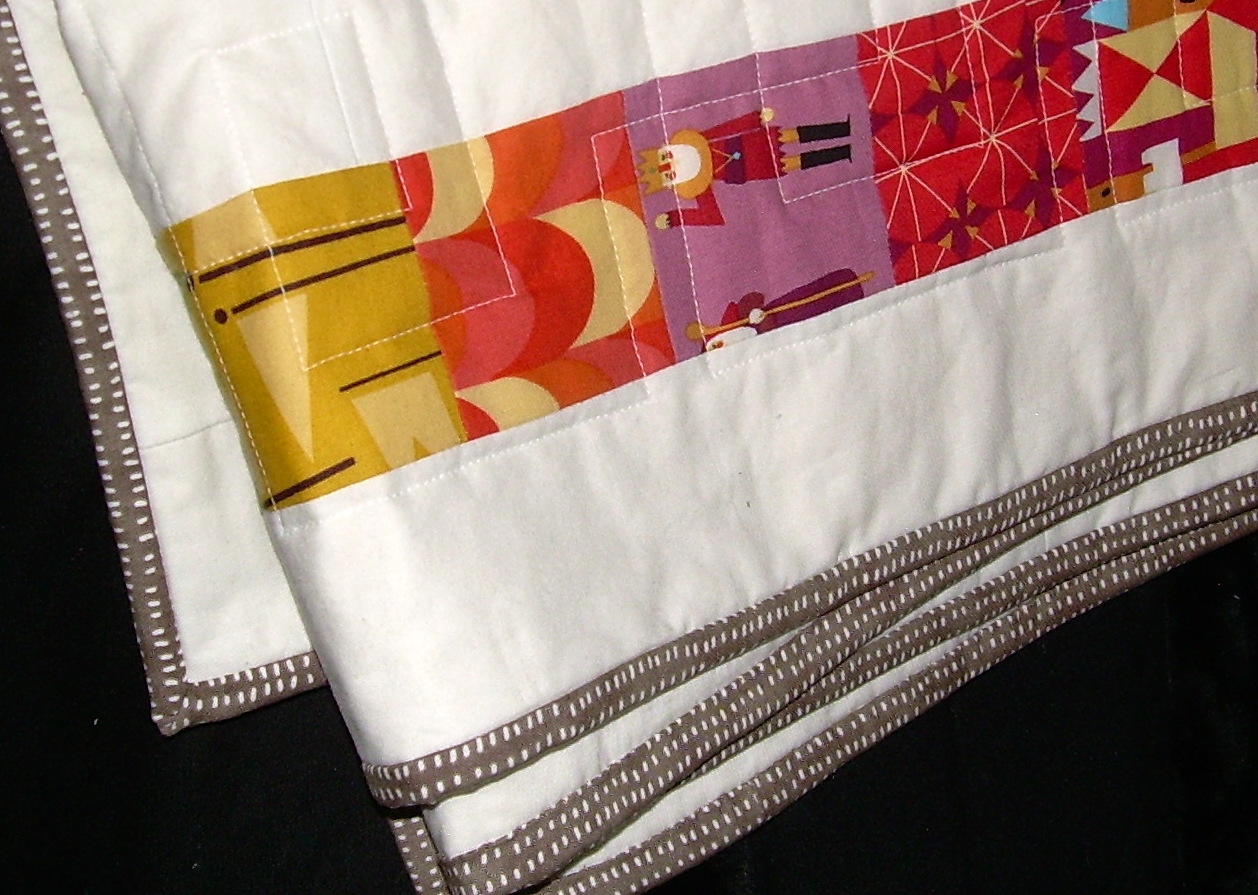 I was originally thinking that it would be fun to do a bright stripe for the binding, but couldn't find any fabric that I was really in love with for it.  Instead, I though this beige dot would be a nice compliment to the rainbow top.  Ah, the satisfaction of a finish!!

Stephanie
A modern quilter, wife, mom to a preschooler and first grader, and avid procrastinator 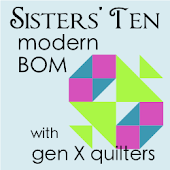